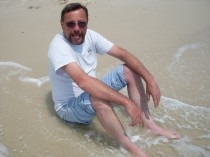 Bryan has a long history of competition dating back to his youth. As a young adult he would modify his vehicles to compete in drag racing and local club autocross events. Bryan has owned a large variety of vehicles to include Chevy Novas, Chevelles, Malibus, as well as fully prepped racing cars like the ITC Honda Civics and Ford Mustang/Mercury Capris. His current ride is a 2008 Dodge Ram Hemi which he would love to take to local drag racing events, but after returning from his commitment to serve his country and family in the Gulf, his health has been to challenged for such events. We look forward to his recovery so he can enjoy the activitys with his sons.